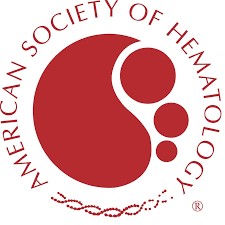 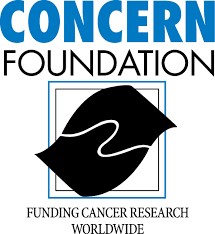 Our research proceeds along two directions: (1) understanding the molecular pathogenesis of B cell lymphomas, particularly that of diffuse large B cell lymphoma (DLBCL), via complementary studies using human biosamples and genetic mouse models; (2) further elucidating a newly discovered immune surveillance mechanism against Epstein-Barr virus (EBV)-infected/transformed B cells. We wish to leverage our knowledge obtained from these studies to develop new molecularly targeted therapies and immune-based therapies. Gene-modified mice are crucial for our research, as they allow us to assess the role of individual genetic events, the cooperation of multiple genetic events in lymphomagenesis, and to follow up disease dynamics in vivo. They also allow us to reveal the role of immune system in tumor control.

DLBCL, the most common type of B cell lymphoma in adults, is a genetically, phenotypically, and clinically heterogeneous disease. Gene expression profile studies revealed several subtypes, including germinal center B cell (GCB)-like and activated B cell (ABC)-like DLBCL. The less curable ABC-DLBCL often carries genetic lesions leading to constitutive NF-kB activation and interference with terminal B cell differentiation; the latter lesions include deletion/mutation of BLIMP1 and translocation of BCL6. Using conditional gain- and/or loss-of-function mutagenesis in mice, we have demonstrated the cooperation of the canonical NF-kB signaling and disruption of BLIMP1 in the pathogenesis of ABC-DLBCL. Mechanistically, we showed that the canonical NF-kB signaling enhances B cell proliferation and survival, while the loss of BLIMP1 precludes B cell terminal differentiation, a non-proliferating state. Furthermore, we revealed the synergy of the alternative (non-canonical) NF-kB signaling with deregulation of BCL6 in DLBCL pathogenesis in a sizable fraction of cases. Our ongoing efforts are to unravel the roles of other genes, including the dual-specificity phosphatase 2 (DUSP2), in B cell lymphomagenesis.

EBV is a g-Herpes virus that specifically infects, and can transform, human B cells. More than 90% of the human population is EBV-infected. The infected B cells are rapidly cleared by the immune system, but B cells harboring “dormant” virus persist at low frequency for life. When surveillance fails, fatal lymphoproliferation and lymphomagenesis ensue. We have generated mice expressing the EBV latent membrane protein 1 (LMP1) specifically in B cells, and found that, like human EBV-infected cells, LMP1+ B cells are eliminated by T cells; breaking immune surveillance results in rapid generation of B cell lymphomas, which resemble the EBV-driven malignancies seen in immunosuppressed patients. These findings revealed a central role for LMP1 in both the immune surveillance and transformation of EBV-infected B cells in vivo (see Fig. 1). The LMP1 mouse model offers a unique tool for deeper understanding of EBV immunity. In further studying LMP1-induced immune surveillance, we revealed that LMP1 signaling in B cells enhances antigen presentation and simultaneously provides costimulation through CD70, OX40 ligand and 4-1BB ligand to elicit cytotoxic CD4 and CD8 T cell responses (see Fig. 2). Strikingly, cytotoxic CD4 T cells outperform CD8 T cells in the control of LMP1-driven lymphomas in mice. Built on these findings, we continue to uncover fundamental features of EBV immunity, and use LMP1 as a tool to develop new approaches for cancer immunotherapy.